We had our second stream today and it was as fun as the first. We didn’t feel as nervous as the first one even though we had a camera pointing at us this time. So we are making progress with our stage fright ^^ and this time we managed to save the stream so you can watch it again and again xD During the stream we got two fan art pictures! 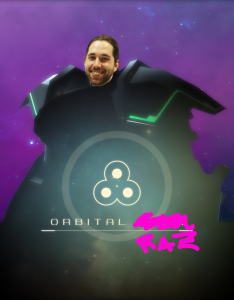 Thanks to Thomas Karlsson and Johan Kalén for the pictures we had a good laugh with them.

We also had a little pre-stream that you can watch here http://www.twitch.tv/nightnode/b/499374778

And now it’s time for the news!

We have secured another small investment that will help a little along the way to get Orbital Gear into the hands of gamers all over the world! One more thing worth mentioning is that we are hopefully moving into a new office this weekend what I mean with hopefully is that we tought we got the office we wanted but they called up us later and said that they had other people that has looked at it before us so now we have our fingers crossed that they decline and we can move in.

That’s it for us! Thank you everyone that joined the stream we will see you next week!

We had our first stream on twitch today! We peaked with 19 viewers watching and five of them where us ^_^

Streaming something looks easier that it seems, especially when you are five people who are in the stream at the same time. It was a little bit of a nerve racking experience for all of us. It was a fun experience and something we definitely do every Thursday from now on.

We only broadcasted for an hour and at the end of the stream we started to relax more and got into explaining the development side of the game and showing how the levels where created. If there is something that you want us to talk more about or explain please don’t hesitate telling us, just hit us up on either twitter, facebook or send an email.

We can’t wait until next Thursday! Hope to see you there!

Stay a while and listen!

Crylar made this awesome wallpaper to satisfy the eager gamers that can’t wait to get their hands on Orbital Gear! 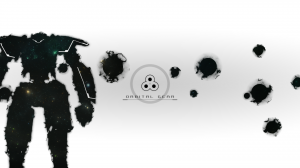 If you have been reading our blog, social media or any of our posters you know that we just had our first playtesting of Orbital Gear. We thought we would be low on testers but in the end we managed to put a tester on every computer at Dragon’s Lair.
In the morning we went to the office, we knew we had some bugs we wanted to fix before the test. We managed to fix most of the bugs we saw, then we printed the surveys for the testers and took the train to Stockholm.
We got to Dragon’s Lair, which is where we had our test. Installing the game on their computers went fine and everything seemed to work. When the testers came in we quickly noticed that the number of players on a single server was for some reason capped to 5. Kind of ironic since 5 was the most players we’ve had on a server before. It was not a big problem tho, our level was probably too small for more players. It seemed like the testers really enjoyed playing because they kept playing even when we brought sandwiches from Subway. All of the testers filled our survey, which we now have collected useful data from.
Regarding the balancing of the weapons, it quickly became obvious that Phase Orb was too strong in the current version. After we banned Phase Orb many started using Chainsaw instead. The Chainsaw might have been a bit too strong, but we think after you’ve played Orbital Gear for a while you learn how to dodge it.
Being too weak was Grenade Launcher and Chaingun, which we will take a look at.
I won’t go through all the things we learnt from the test, but it was a lot.
Once again we want to properly thank Dragon’s Lair for having us and the testers for spending time on our game and helping us out.

Now when we’re finally done with this deadline and has reached Alpha version we have to decide what comes next. For me, except for doing CEO stuff, I’ll probably work a lot on how planets and the gravity works. We will soon put together an application for Steam’s Greenlight system. When we’re on Greenlight you guys can give us thumbs up, when we have enough we will be approved to sell the game on Steam. Also, we’re looking into putting up a Kickstarter. Kickstarter is a crowd funding service where you can donate money on projects you like. If they get the amount they asked for they’ll get the money (otherwise you get your money back) and you’ll get different rewards depending on how much you donated. The reason we’re looking into it is because we want to work on Orbital Gear a bit longer to make it even better. We will have stretch goals, which means if we get up to some milestone donations we will add extra features. So I hope you understand why we’re putting up a Kickstarter.

Back to work again!

We’ve been back to work for a week now. Well, most of us anyway. Anton was stuck at the airport in Australia a little longer than he or we would have wanted him to. We’ve been preparing for the alpha testing that will happen the 15th January at Dragon’s Lair in Stockholm.
So if you are in Stockholm on the 15th make sure to sign up now for the testing here http://www.dragonslair.se/evenemang/?6907 it’s in Swedish, if you want to join the alpha testing without using the form, send an email to testing@nightnode.se).

If you can’t make it to the alpha testing but want to try the game early, you can sign up for the beta at orbitalgear.com.